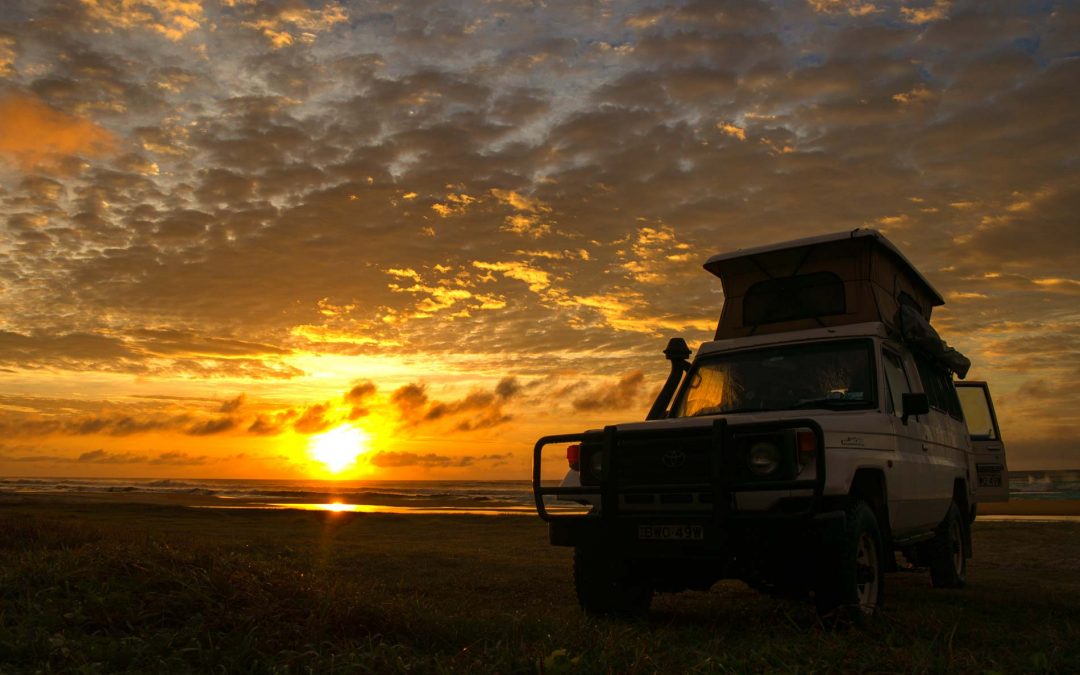 G’day guys! Welcome to our site. So far it’s been about four weeks since we started out on our adventure around the top half of Australia. So far so good! Here’s a bit of a rundown of what’s happened so far. We’ll go in to more detail in future posts.

It took between a year and 6 months to planning and organinse ourselves for the trip, depending on when you start counting from. Before buying Bruce there was nothing set in stone and it was all pretty pie in the sky. You can read a lot more about the planning on the page Are we there yet?

We Bought a Troopy

We bought Bruce from a lovely couple who’d had him for the last 15 years (they also named him). He was kept in top shape, serviced religiously and the mechaninc we got to check him over pre-purchace was genuinely supprised at what good condition he was in. For a 17 year old off road truck with 333,000km on the clock, not bad at all!

We Worked on it

Ok so there was one major problem with Bruce. His suspension was completely worn out. He needed new leaf springs, shocks, bushes and shackles all the way round. There was also quite a lot of play in the steering and something not quite right with the alternator.

The suspension and steering was all done by Sydney Suspension in Penrith. I have to say, they did a top job and I’m very pleased so far with the Tough Dog suspension kit they recomended. The alternator turned out to be a very simple fix that I did myself.

We Made Some Modifications

Bruce was a ready to use campervan when we bought him. However there were a few things we wanted to do to make life more comfortable for ourselves. We added a 270 degree wrap around awning, sound proofing, solar power and replaced the original front seats with far more comfortable Ford Falcon XR6 buckets. There were heaps of other things too. I’ll do some write ups of anything that may be usefull to others in the future.

We Hit the Road!

We eventually set out from Newcastle (about two hours north of Sydney) in late June. Since then we’ve made it up to the far north of Queensland. Next will be Cape York then across the top of Northern Teritory over to Darwin and beyond. Eventually, somewhere in Western Australia we’ll start headding inland and cut right through the middle to Ullaru and back to New South Wales. There’s still a long way to go…