For a 75 Series Landcruiser Troopcarrier 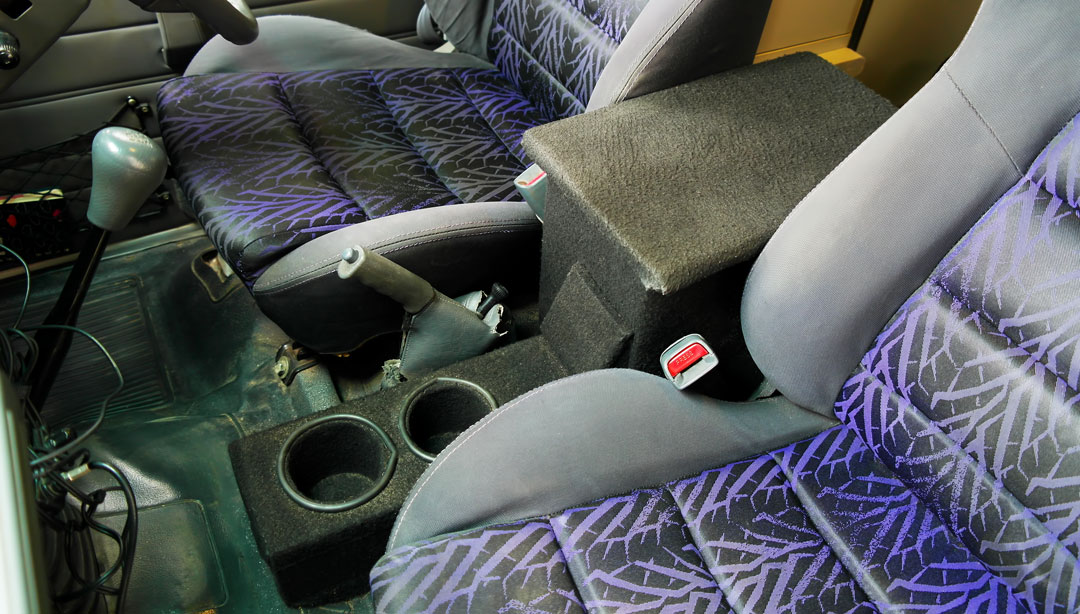 Once the front seats were replaced with two Ford XR6 Buckets, there was a space perfect for a centre console. We decided to manufacture one ourselves using ply wood. The process was surprisingly complex and took longer than we expected but we’re really happy with the end result. 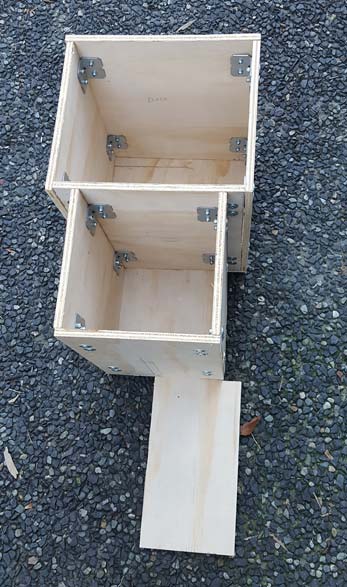 I started by joining together two boxes. I wanted to make sure it was strong enough to climb on if we wanted to go between the back and front without leaving the vehicle. So I actually used steel pop rivets and corner brackets to join it. I could have used nuts and bolts, but that would have been harder to do up on the inside and could potentially work loose. They would also have to be pretty short bolts.

The smaller box is to leave room either side for the seatbelt stalks. 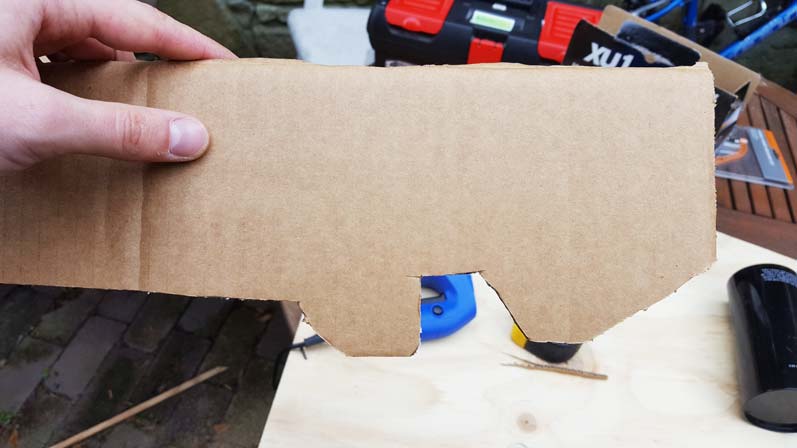 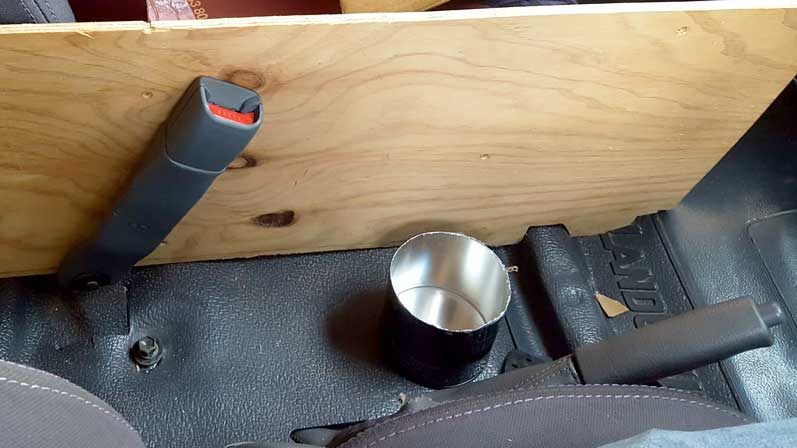 This part is lower and accommodates two cup holders. I made the cup holders by cutting down a couple of metal tins – the kind that fancy whiskey bottles come in.

Here it’s all starting to come together. We covered the outside with some high density foam sheeting to add a little softness. It’s held on with carpet tacks and contact adhesive. Then we carpeted it which is held on with contact adhesive and staples. Note that I added an extra part to go below the handbrake. This was intended to increase stability and add an extra place to anchor it to the floor. But in reality it just got in the way when trying to take the brake off, so I removed it. The cup holders also got carpeted and Bronwyn added a rubber lip around it to reduce vibrations.

Here the carpeting is almost done and the lid has been added. It’s attached with a couple of small door hinges.

Here It is from the bottom. When it came time to mount it in the car, I decided to drill out the floor pan where there was already a captive nut for the bench seat runner to go on the right hand side on the left hand drive version. (Read the post on changing the seats for a bit more info on that).

Once I had two bolt holes in the car floor, I had to work out exactly where on the centre console they would align.  Notice the two blobs of gunge near the middle? Well, what I did was to put the bolts into the nuts already in the floor, leaving them sticking out a fair way. I then put a dab of hair gel on the end of them and pushed the console down where it would sit. Hey presto, now it’s marked out exactly where to drill! 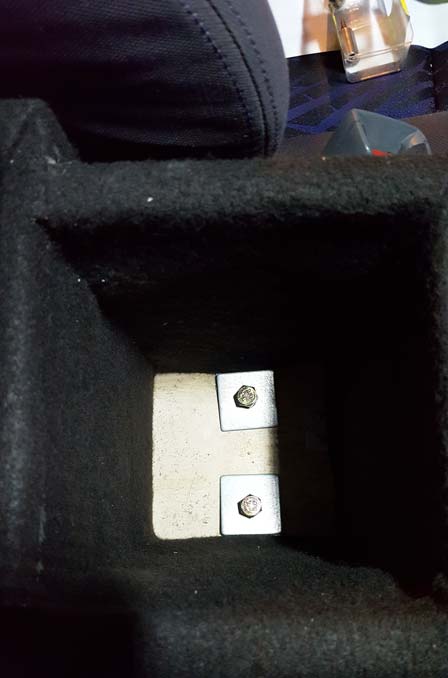 All bolted in! High tensile bolts and large square washers to ensure this thing’s going nowhere in a crash.

Here’s the completed thing. I also wired in a pair of cigarette lighter sockets for some extra charging goodness. Later on while on the road, I added another section at the front. It’s an L shaped tray that goes around the gear sticks. Stay tuned for another post on that part soon!