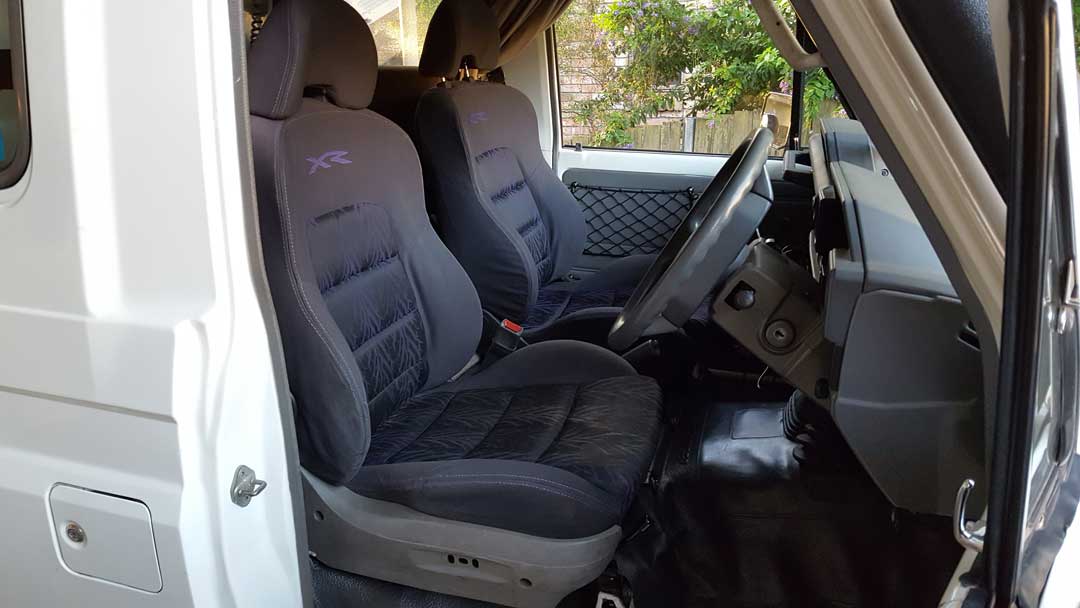 Let’s face it. The stock seats in a 75 series LandCruiser are really not designed for comfort. The 3/4 size bench seat on the passenger side is only fit for the backside of a bean pole. That is unless you’re prepared to sit on the centre seatbelt socket. Neither driver nor passenger seats have any Lombard support, and the padding is stingy at best. We modified our Troopy to fit two comfy Ford Falcon XR6 seats instead. 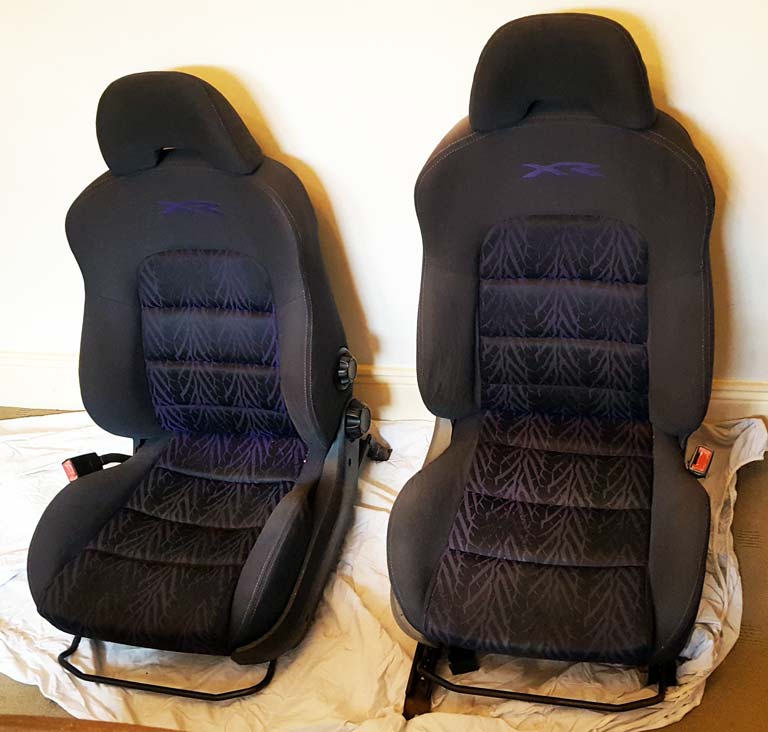 These are the seats as I bought them. They set me back $230 from a scrap yard. Yes that’s a lovely purple trim and no I haven’t gotten around to changing it yet! 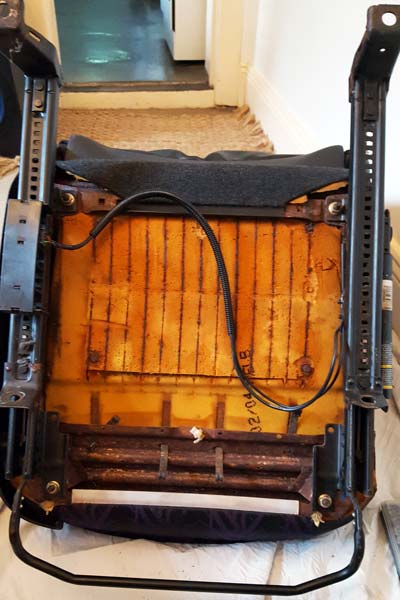 Unfortunately, the base of the passenger seat was pretty rusty. Seems like someone may have spilt a sugary drink through it at some point. 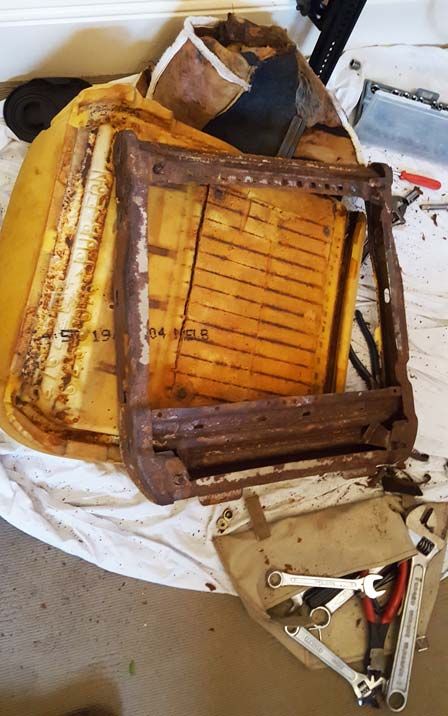 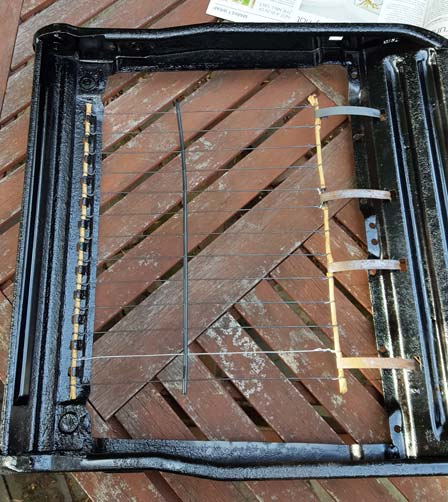 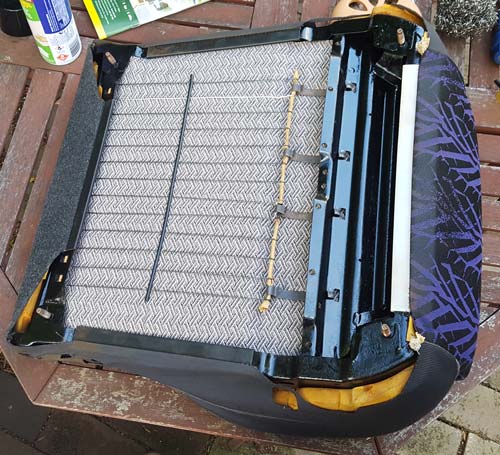 I decided to cover the foam with some hard wearing fabric. This was mainly because the springs had been cutting into it. I also gave the covers a good wash while they were off. 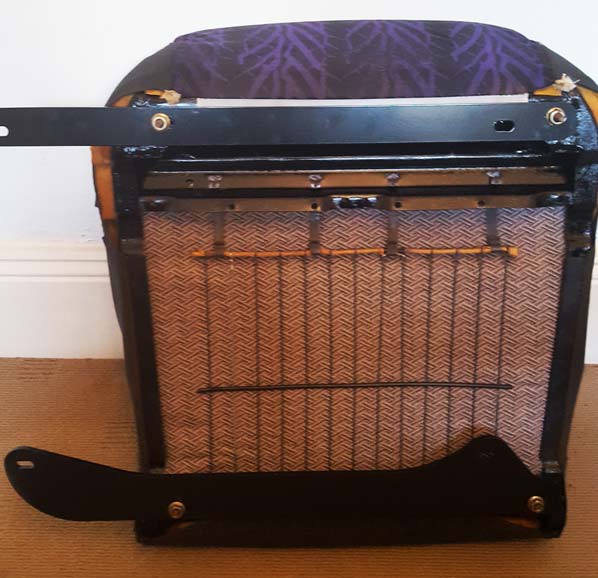 Adapter plates were then attached to make the seat fit onto the original Toyota runners. They were ordered off eBay and cost about $200 for both seats. As this one is replacing the ¾ bench passenger seat you can see that the adapters stick quite far out to the side. Unfortunately, the engineer pointed out that this was no good because of the seatbelt location. More on that later. 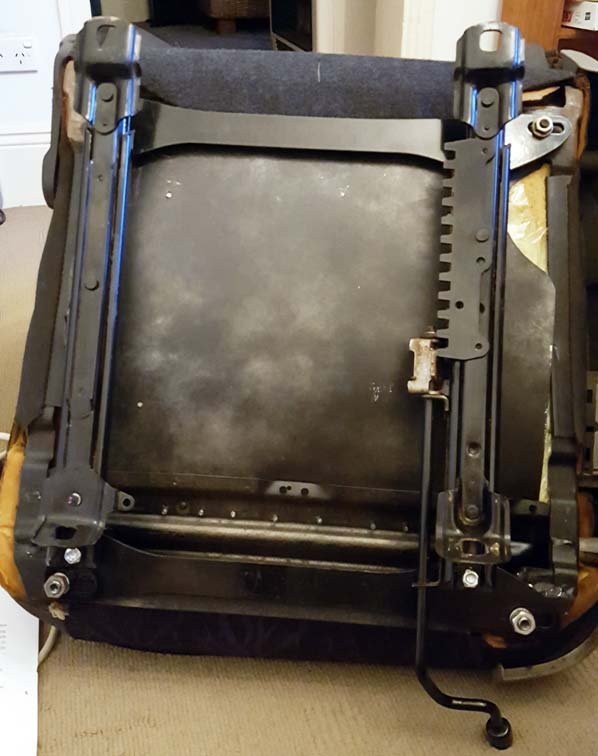 Here is the driver’s side with the adapters and the original seat runners attached. Note that the springs on this one had already been replaced with a metal plate by the previous owner. 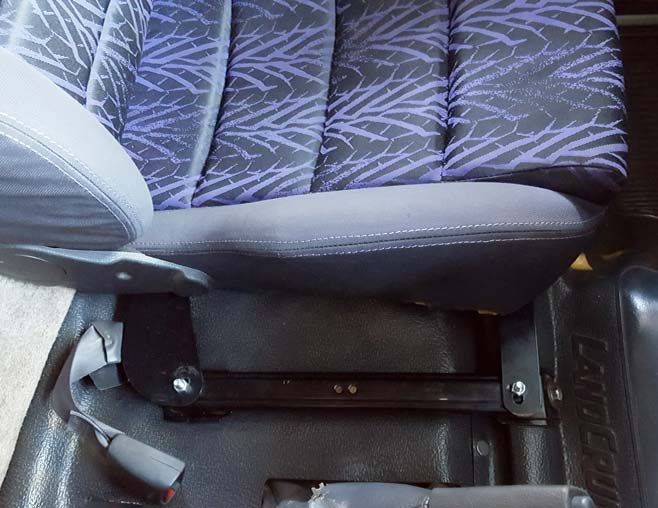 This is the passenger seat when fitted. We took it to get an engineer’s certificate which is required by law in NSW for this sort of modification. He was mostly happy with the driver’s side but pointed out three issues.

One problem was that the holes in the plates where they bolt on to the runners were too large not to use washers. Easy fix; no worries.

Another issue was that the modification used the original seatbelt stalk, in its original central position. As you can see from the photo, this means that the belt is anchored underneath the adapter plate. He explained that in an accident, the force of the passenger on the belt would put additional strain on the seat fixings and could potentially leaver it off the floor. The adapters themselves could also damage the webbing of the seatbelt causing it to fray.

The final issue was that the seatbelt stalk didn’t stand up on its own. I’m not 100% on why that one was a problem, but apparently it can make it harder for emergency services to access.

The engineer told me that welded into the chassis, there would be captive nuts mirroring those on the driver’s side. For some reason, Toyota puts the same nuts in on both side but don’t drill the holes for them in the floor pan. What he said was to go back and make the passenger side look the same as the driver’s side. I had heard this information on forums while researching the modification; however some people had reported drilling holes in their car only to find that there wasn’t a nut there at all. It’s also impossible to check from underneath without taking the fuel tank out. 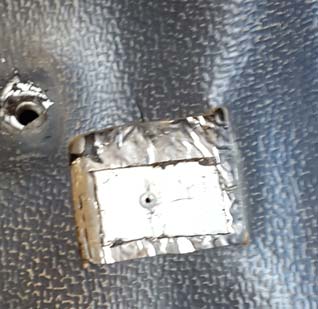 I went home to give it a go anyway. Of course, there’s nothing there on the panel to show you where to drill. The vinyl matt did have a perforated bit, which gave me some hope, but it wasn’t accurate enough to use as a guide. After using the nearest corrugations to measure exactly where it was on the driver’s side, I marked it out on the passenger side and held my breath while drilling the smallest pilot hole I could. The drill went through the thin metal sheet without hitting anything else on the other side.

This is unfortunately the only pic I took of the process.  I was pretty stressed about getting it right and just forgot to take more! After this I slowly widened the hole, one drill size at a time.  Thankfully, the nuts were exactly where I drilled! I had to purchase another seatbelt stalk which set me back about $50 and another set of adapter plates. 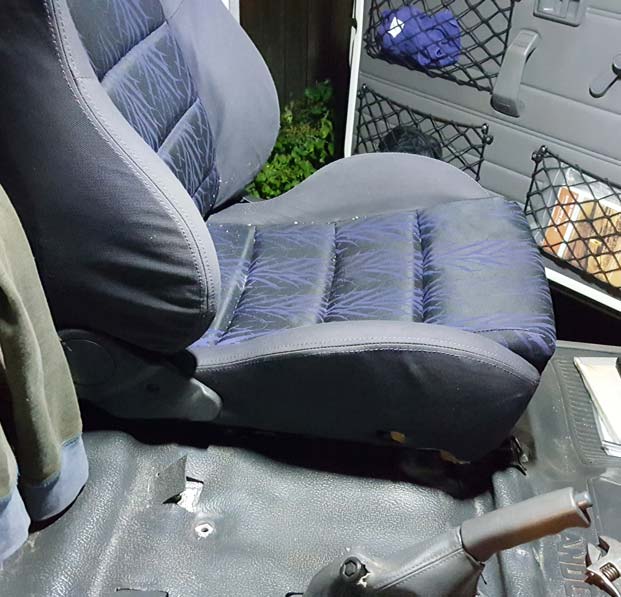 I have to admit, it does look much better with the narrower adapters, and it meant there was space to mount a centre console. This time the engineer was happy with it and wrote me out a certificate. That cost $400.

While we were at it, we got our back bench seat belts registered as well. Its a custom folding bed/bench seat that seats four. They were put in during the original 1999 conversion in SA but when the car was re-registered in NSW they were not registered.

Bruce now has a legal seating capacity of 6. Not bad for a little camper van! 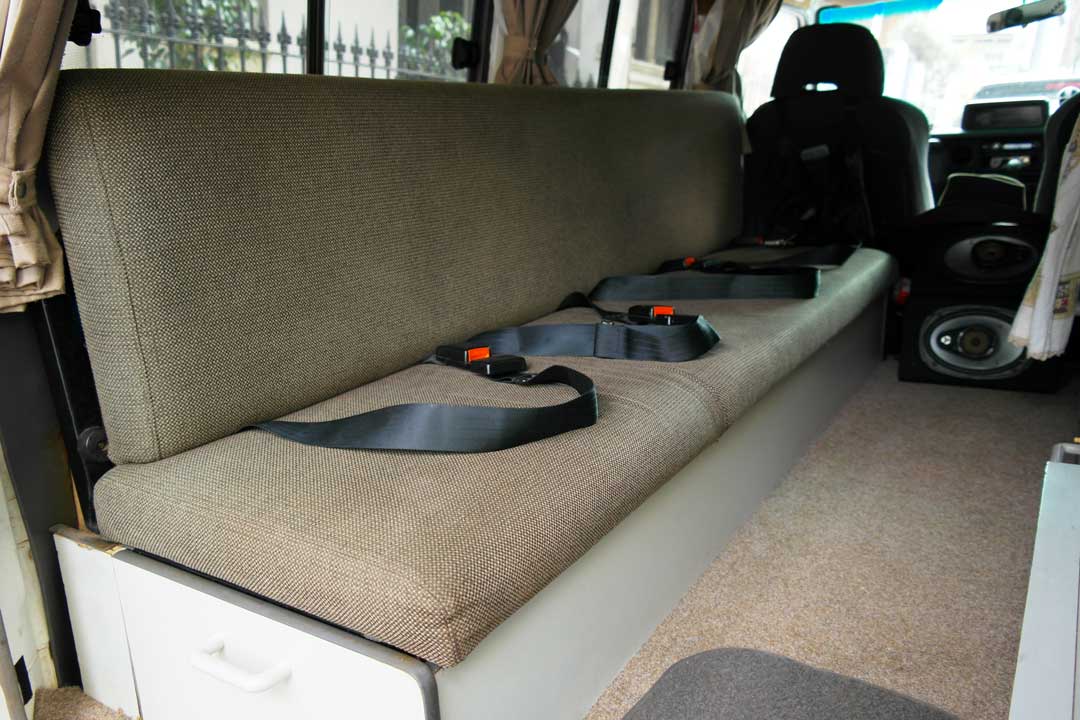